Lake Simtustus, the 7-mile reservoir behind Pelton Dam, offers fishing for resident species such as rainbow trout and brown trout.

Rainbow trout have dominated over the years, and the reservoir has a reputation for producing some very large trout. Each spring, a few rainbow trout as large as 20 pounds are caught from Lake Simtustus.

Currently, about 25,000 fin-marked summer steelhead are stocked as rainbow trout in this reservoir. Steelhead are used instead of hatchery rainbow so that if they move downstream through the dams, they are likely to keep moving to the ocean, and not stay in the lower Deschutes River where they would compete with wild trout.

With the exception of a few smallmouth bass, there are no warm-water game fish in Lake Simtustus. This is partially due to a large population of northern pikeminnow that occupy the warm shoreline habitat.

Lake Billy Chinook, the reservoir behind Round Butte Dam, extends up the canyons of three tributaries: the Crooked River, the Deschutes River and the Metolius River. Wild kokanee are the most abundant game fish in the reservoir. The reservoir is also the only place in Oregon where bull trout can be harvested.

Although fish use all three tributary rivers to spawn, the largest concentrations are found at the head of the Metolius arm.

Bass are also numerous in the lake, providing good angling during summer months. Lake Billy Chinook supports a trophy bull trout fishery during the spring, with a minimum size limit of 24 inches.

The reintroduction program is restoring fish migration above the Pelton Round Butte dams for the first time since 1968. (See charts showing yearly salmon and steelhead run counts). This will impact fishing in two ways:

Adult steelhead, sockeye and spring chinook are being released in Lake Billy Chinook to complete their natural life cycle. If you happen to catch any of these fish, please release them unharmed. Download our brochure to learn more about these fish.

Chinook salmon and steelhead are not the only fish on the Deschutes that need careful monitoring. The bull trout is a threatened species, and Lake Billy Chinook is one of the few places where it has thrived. Bull trout feed on kokanee, the landlocked version of sockeye salmon. Fisheries personnel are closely monitoring both species to help maintain a healthy balance between the two.

Come enjoy one of the many PGE parks and campgrounds on the Deschutes and Clackamas rivers. 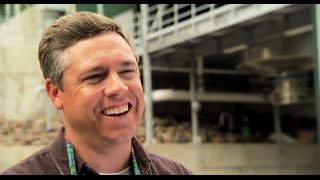 One of our fish biologists wanted to improve how we sort wild migrating salmon from hatchery fish as they pass through our ladders. So he invented a hands-free sorter that’s now live at North Fork Dam on the Clackamas River.

Read about habitat restoration projects we fund on the Deschutes, and about the many community groups we work with to protect fish and other wildlife.